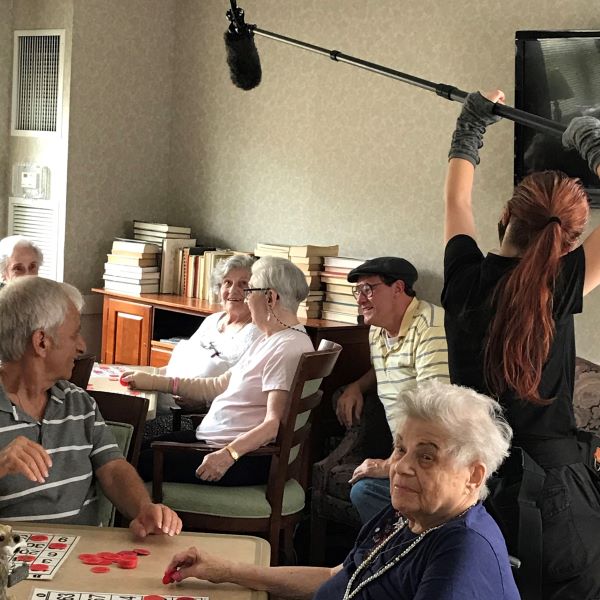 Cast and crew from the feature film, “Thanks To Her,” wrapped their production on the campus of JAA in August.  Residents of The New Riverview Apartments and Weinberg Village got to be part of the final scene at JAA, sitting in as extras at a   BINGO  game.  JAA has assisted the crew since last March, helping to promote a crowd-funding campaign, hosting a Zoom premiere of the short film, and watching the young filmmakers raise enough to produce a full-feature. The producers chose JAA as the central location for the film about two young women forced to do community service at a nursing home. Four days of shooting at various locations at JAA brought lights, camera, action across our community.  Now we all wait for the final cut, which is due sometime in 2022.  See more about our afternoon of stardom in this article featured in TribLive.