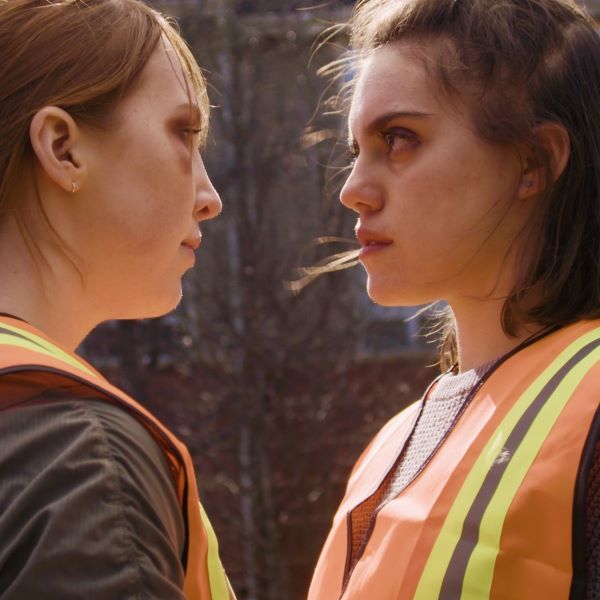 Thanks to Her, Locally Produced Film Gets National Attention

A coming-of-age drama about sexual identity set at a long-term care facility premieres with a virtual screening on March 4 with help from the Jewish Association on Aging.

Partially filmed at JAA in 2019 as a University of Pittsburgh’s Film & Media project, Thanks to Her, is a 23-minute movie with aspirations of becoming a feature-length film. A crowd-funding campaign to raise money to achieve that goal is currently running.

JAA is assisting the filmmakers with a virtual premiere via Zoom to help the film reach a wider Pittsburgh audience.

Director/Writer/Editor Samantha Orlowski is a member of the LGBT community who says, “The film was made to provide some genuine and realistic representation for sapphic women, portrayed by our two lead characters. It’s already a YouTube sensation with 615,000 views and hundreds of comments about the story’s impact on viewers. Now we are ready to share it with the community in the city where it was filmed.”

Along with Orlowski and Executive Producer Carl Kurlander (the Pitt class film instructor), others from the cast and crew will be on hand to answer questions from the on-screen audience. Sue Berman Kress, Leah Berman Kress, and Doug Kress serve as event hosts.

According to JAA’s President & CEO, Deborah Winn-Horvitz, “The goal of our event is to introduce the film to those who will benefit from its message of self-discovery, especially with the intergenerational connections it makes. The bonus is that it was filmed at JAA which is why we are so thrilled to help premiere it.”

The virtual screening is free to the public.

Attendees may register at jaapgh.networkforgood.com/events/27316-thanks-to-her and receive a Zoom link which goes live at 6:30 PM on March 4.